Whether you are a new teacher with your first class or an experienced educator with many strategies to use, teaching phonics can be the magic key that opens the world of reading for many children. My experience with beginning readers and English Language Learners (regardless of their age) proved that phonics instruction improved their reading fluency.

My Own Phonics Story

I taught school for many years. Whether it was second grade, fifth grade, or even eighth grade students who were learning to read, I always started early with a story about the letters in the alphabet and why individual letters made different sounds. It helped young children identify the letters, track the words from left to right, and with older children, understand how spelling changed the sounds the letters made. For example, the sound of the letter “A” in “cap” and “cape” is different. In my story, the “Mighty Magic E” helped the vowel say its name. By making each vowel a mythical character, the vowels could talk and say either “Ᾱ” or “Ᾰ”. I developed a character and a story for each vowel, trying to make teaching phonics silly, fun, and easy to remember. (Links to my stories are at the end of this article.)

Phonological awareness is making and hearing the sounds that we associate with the letters of the alphabet. Teaching phonics helps children associate the visual letters with the auditory and verbal components of the letters that are combined in words.

To read, a child must look at a word, see the individual letters in the word, “hear” how the letters sound and combine them mentally. The next step is making sense out of those words by combining them in a sentence.

Many children have trouble distinguishing between the sounds of different letters. For example, my daughter could see the difference, but she could not hear the difference between “B”, “V”, “D”, and “P”. To her, they all sounded like “E”. One thing that helped her was to focus on how the speaker’s mouth formed the sounds.

All the consonants require a person to put either their lips or teeth together to make its sound. Try saying these letters and notice the placement of your lips, teeth, and tongue:

B- lips together, followed by a “burst” that ends with a sound like an “E”!

V- bottom lip between the teeth, followed by “E.”

D- teeth together, tongue touching the teeth, followed by “E.”

P- Lips together that make a pop sound, followed by “E”.

Unless you have been trained as a speech therapist or a dyslexia teacher, you may not have ever thought about the difference between the way your mouth, teeth, and tongue move to make a “B” or a “P”! You do it without thinking about it.

All the vowels require you to open her mouth to make the sound. Your teeth can’t touch if you said the sounds for Ᾱ Ē Ī Ō Ū.

What Are We Really Teaching?

When we teach, we know we are really training brains to think in specific ways. All brains are similar structures, but they do not learn information in the same way. Some children learn to read by memorizing sight words. Others learn to read by decoding the words phonetically. If your instruction only provides one method of learning how to read, you miss a significant portion of the brains in your classroom. Teaching phonics increases the chances that all the children in your classroom will become fluent readers.

Phonics are the sounds that written letters make. The child’s ability to make the right sound when they see different letters and combine them into a word that they understand is fundamental to reading. Each individual sound in a word is called a phoneme. Did you know there are 44 of them in the English language?

Some phonemes are individual letters, but other phonemes are made by two or more letters, such as /sh/ or /th/. These two-letter phonemes are called consonant digraphs. There are also vowel digraphs, like /oa/ in goat. The word digraph means two letters. But the one sound they make is called a phoneme.

Teaching phonics is a systematic way to connect the sounds that students hear with the letters the students see to create meaning in their minds. What Does Academic Research Say About Phonics Instruction?

The value of teaching phonics has been studied for many years. One study looked at the level of teacher training with phonetic instruction in Australia. It found that more experienced teachers understood and used phonetic instruction with their kindergarten students more than teachers who were new to the profession. It concluded that more pre-service training was needed to be sure that teachers included teaching beginning readers the connection between letters and sounds and the word meaning.

Combining phonics (letter to sound instruction) and Whole Language (words to meaning instruction) are like the puzzle pieces of reading. When the two strategies are combined, students become fluent readers with an understanding of what the written words mean. After more than 100 years of debate, educators have concluded that Balanced Literacy that combines phonics and word meaning is the most effective way for children to learn how to read. However, when used alone, the students who only learned with the Whole Language Method of Literacy were less likely to read well compared to students who had only been exposed to phonics.

Interestingly, the teachers who support phonics in Reading instruction are often Dyslexia specialists, English Language Learners teachers, or those who work with at-risk populations below grade level in reading. These teachers have had focused training on phonics and have seen how it helped their students read successfully.

There are Four Methods of Phonetic Instruction

On her blog, www.thriveedservices.com, a former teacher and reading specialist, Delilah Orpi, says, “Effective phonics instruction is key to remediating reading difficulties and using a systematic synthetic phonics program is best.” Systemic Synthetic Phonics is the method of breaking down short words into their individual sounds. By identifying the sounds each letter makes and then combining them, a beginning reader builds words. There are many online resources available to teach systematic phonics. Here are some examples of systemic phonetic activities for you to try with your students: https://www.themeasuredmom.com/word-families/.

Another method of phonics instruction is Analytic Phonics. In this case, students learn words, then separate them down into phonemes, in opposite order from systemic phonics that builds words from letters. It is a common activity to sort words by similar word parts like rhyming words or words that start or end with the same blends, making word “families”. There are many online resources available for games and instructional activities related to analogy phonics.

The third method of Phonetic Instruction is called Embedded Phonics. This method is to read actual books and decode new words as they are encountered in the story. Literacy experts warn that embedded phonics alone is not sufficient to teach a non-reader how to read. It is useful for deeper understanding of phonemes in context, but this method has limited value without synthetic phonics. This method does strengthen the student’s visual memory for letter combinations they have seen before. Spelling often uses embedded phonics to remind students of similar words they have seen before decoding them.

Last, there is Analogy phonics, a method of decoding words by comparing the new word to a previously known word with the same letter combination. For example, either a syllable or a group of letters that is consistently pronounced the same, like “ing”, and building upon it by adding new sounds, such as knowing “dark” and changing the /d/ sound to a /p/ sound to make “park”. Many classrooms use analogy phonics activities in addition to synthetic phonics to help students learn to read. Is Phonetic Instruction Only Effective for PK-2?

We think of children learning to read in grades K-2. Literacy experts have recommended the earlier we introduce letters and sounds to children, the better. On the other hand, some children do not learn to read English until the upper elementary grades or even in high school. Students who have dyslexia or whose first language is a language other than English may benefit from phonics even as adults.

There are many books and online resources for teaching phonics to special populations that have specific needs.

I published these phonics books to illustrate the phonics stories I told my students during my many years in the classroom.

If you work with children 4-7, these may be helpful to understand the basic short and long vowel sounds.

Why Do Vowels Make Different Sounds?

The second book includes the story for R-controlled vowels and the sounds vowels make when they are with another vowel.

Kids enjoy role-playing the letters and pretending to walk down an imaginary street, left to right, and encountering other vowels and consonants along the way.

What is the Best Way to Use Phonics in my Classroom?

Researchers in Australia and around the world agree that quality teacher training is necessary to use phonics effectively. Review your staff development options if you are a reading teacher and choose courses that explain how to teach children to read with phonics. There are several free online courses and hundreds of YouTube videos to demonstrate good phonetic instruction. It is another tool to help you be the best reading teacher that you can be! 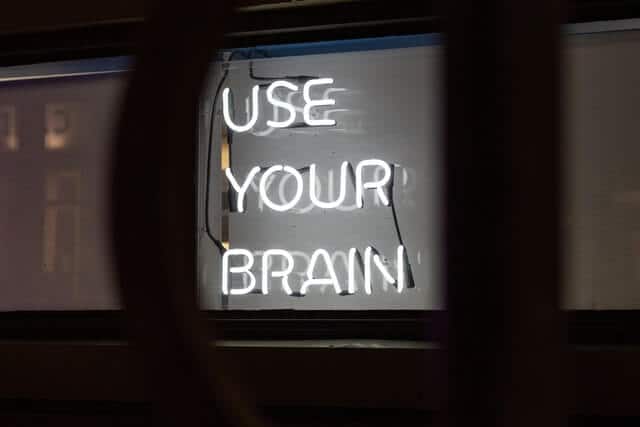 Use your brain or lose it: the secret you need to know I am retired educator, a freelance writer and editor, a gifted education consultant, and a published author. My book, Removing the Mask, Identifying Giftedness in Children from Poverty, 3rd edition, is available here: https://www.ahaprocess.com/product/removing-the-mask/ . I have also published phonics books for young readers and journals for gifted children and their mothers that are available on Amazon.com.
I have a doctorate in Educational Leadership.
I enjoy working with children and adults, especially high ability students who are looking for differentiation and social and emotional support.