Having an adequate amount of social skills is critical to students growth. It’s best to develop social skills during primary school age. That is due to students’ immense cognitive ability to acquire vast amounts of data, whether linguistic or social.

Let’s start by look at a classroom case study to see the importance of social skills.

“Is Andy here?” Leonard began the roll call, going down the list.

“Here,” the little boy said loudly before continuing to speak to his friends. Leonard noted that Andy was a relatively chatty boy; though, his social skills could use some refining, as he had trouble identifying social cues.

“What about Susie?” Leonard asked without looking away from his computer. No voice or shout responded to the name, making him look away from the screen. He asked once again, “Is Susie here?”

“She’s here,” another voice called out. Leonard saw that someone tapped on Susie’s shoulder and pointed to him, showing her that he had called on her name. Susie’s hand shot straight into the air, signalling to him that she was, in fact, there. Finished with attendance, he stood and began his lesson.

Giggles and chattering filled the room as Leonard Johnson began teaching his class of little ones; this class was particularly talkative compared to his previous classes. Though Leonard could spot a few children that had trouble interacting with their peers, their social skills were lacking.

Susie was one of them. She was a little thing with blonde curls held in pigtails and a bright smile, but she rarely talked, even when working in small groups or with her companions.

Leonard prided himself in recalling his student’s voices without looking at them, but he had trouble with Susie’s. He couldn’t remember the last time she spoke up or said anything in class. It hadn’t been until he had a parent-teacher conference where he found out why she hadn’t been speaking – Susie was hard of hearing. Lack of social skills seems to be the main issue preventing academic success in group work, but seating students together is not enough. Many students have no idea how to interact appropriately with their peers. The issue is that they lack the social skills needed to complete cooperative learning tasks.

Students will be more prone to becoming introverted. That’s not denoting that introversion is an unhealthy personality trait. It is like all things in life, a double-edged sword. And as evidence from Beth Esposito’s findings dictates, introversion constitutes a risk factor for depression and other anti-social behaviours.

According to neurologist Tokuyama D., the brain is a plastic institution because it adapts to any changes. If an individual loses or gains a sense, his/her mind will rewire its recourses to match the situation at hand. A hard of hearing student may gain keen insights in taste or even benefit from a noticeable cognitive boost.

Ludwig van Beethoven, Thomas Edison, and Helen Keller, to name a few, displayed this phenomenon. So our non-verbal students could be potential geniuses despite the inability to communicate in the traditional sense.

Their “disability” is not a barrier in the way of communicating or socialising. That said, nonverbal students need specific social skills activities to build up their social skills.

So I have listed ten social skills activities your verbal and non-vocal students don’t want to miss.

You might be familiar with this simple and highly interactive activity since most of us played it at some point to fasten up the clock hands.

Divide the class into two opposing groups. Each group elects one representative. The two representatives instruct their group by drawing an object, animal, or person on a whiteboard without speaking a single word. Their groups must guess the nature of what their representatives are drawing, and the first to guess correctly wins.

Now, why this activity specifically? I am focusing on elementary students’ social skills in conjunction with art, guessing, and communicating, as each group member interacts with his/her peers to raise their odds of winning. As teachers, we have total freedom to make changes as we see fit. Board games such as Snap, Jenga, Go, Uno, Drafts, and Monopoly can boost students social skills. The teacher merely acts as a silent observer during these games.

We have the sole responsibility of noting down our students’ behaviours towards winning, losing, etc., then discussing how they felt when they “outsmarted” their classmates.

You can even set up other board games that require more players on the same side against another, which helps elementary students cooperate to win.

“We are all storytellers living in a network of stories. There isn’t a stronger connection between people than storytelling.” Jimmy Neil Smith couldn’t have said it more beautifully. In telling or reading a story, we are expressing our most authentic and deepest thoughts.

As its title suggests, this social skills activity pushes elementary students to tell a story from their perspective, with a twist. The teacher indicates a topic, and students have to take turns in filling various parts of the plot.

For instance, student A can set the story’s setting, and student B can introduce the characters, while students C and D continue developing what their peers have built.

Improvisational storytelling helps them find answers regarding life and improve their creative, listening, and social skills.

In today’s digital age, elementary students require upscaled attention to what they feel. Asking a child about their emotions and thoughts increases their emotional understanding, self-awareness, and self-control.

There are two ways to let an elementary student out of their emotional closet: Asking them directly or, better yet, through an activity called “How do I feel?”

To play this social skills activity, handout cards with different emotions written on them. Each student randomly picks a card and acts out the corresponding emotion for his/her classmates to guess.

Non-verbal students mime the emotions on the cards. When they need to give answers, they can write them on tablets or whiteboards and hold them up to show they know the answer.

Journaling is proven to be a powerful tool to gain personal growth and self-control. This form of writing is deemed therapeutic writing since it re-balances our emotional equilibrium when we feel an overwhelming amount of a particular emotion (sadness, loneliness, anger, or even happiness).

This writing therapy works by writing each day what you have experienced and felt. To get rid of an emotion, lessen it, or treasure another.

This social skills activity promotes self-control. It also gives non-verbal students the opportunity of sharing what they feel and reading what others do. To empathise with one another or to relate to a particular mutual situation.

Journaling gives non-verbal students the means to speak up and be heard even without having a voice. During this activity, the teacher has the complete freedom to use pictures and prompts such as “I feel …….. when I’m with ……..”—simplifying the process for nonverbal students at first.

For example, our teacher Leonard tried it out

“Today is going to be a little different,” he began, speaking loudly and clearly so they could all understand; he knew that Susie was reading his lips to gather what they were going to do. “In your journals, I want you to write about how you feel and what you’re hoping your day will be. You can start your journals with ‘I feel’.”

His class nodded, though they all looked a little puzzled by the sudden change of plans. Despite their confusion, all his students began writing without pause for about ten minutes; he saw as Susie began scribbling away, placing the words on paper.

Leonard could tell that she was writing everything that she was feeling and everything in her head. He had hoped that all of his kids would benefit from this exercise, especially Susie.

“All done,” Leonard announced to his class. “This journal will be your private space. If you want to share, that is up to you.”

Then he motioned to a basket and continued to speak. “If you want me to see it, you can place your journals in this basket.”

To his surprise, many students placed their journals in the basket, even Susie.

Shocked as he was, Leonard couldn’t help but feel happy that his students trusted him with this information. It was a truly heartwarming experience for him. Another cognitive and social skills exercise called ‘Word Seek’, commonly referred to as “Find the Word”.

Students pick out words from a grid full of letters that form different words through a closer look.

Have non-verbal students work in pairs to teach them coordination. Instruct them to use sign language to translate what they’ve found—hunting two birds with one stone: social skills and vocabulary.

Hide and seek is an international classic. Almost all children around the world have played this game even once during their childhood or even teenagehood. It’s easy to overlook the benefits.

The truth is, however simple it may seem, it is suitable for both vocal and non-verbal students alike. It subconsciously teaches its players survivability and judgment.

If you are not familiar with the rules of this game, they are simple. A player has to look away for some time while the others hide, and after a specific allotted time has ended, that player then begins searching for the others. S/he wins or loses depending on his/her ability to find all the players who are hiding.

At first glance, this activity may not seem as socially boosting as the other activities, but it may even surpass them with a few modifications.

A suggestive modification to this game would be to appoint two players as the “hunters”, and the rest must work in pairs to find the best hiding spot. Thus, they learn how to communicate and develop a shared plan that leads them to win.

This social skills activity helps non-verbal students particularly flourish their creativity and guessing. One to two students randomly pick a piece of paper from a jar full of jobs, animals, emotions, etc.

Students have to act out what is on the paper for the rest of the class. Have both vocal and non-verbal students use mini whiteboards in pairs to write guesses on.

As we may be dealing with future geniuses, it is only suitable that we seek what non-verbal students thrive in, and brain fitness is always the way to go. Enter puzzles.

As a teacher, you can assign each puzzle to 2 to 3 students, depending on the puzzle difficulty. Instinctively, all students will have to communicate with each other somehow, and they do so through physical and facial cues. They may use pointing, nodding, or even drawing.

Let's return to our teacher Leonard for an example

Leonard handed each group of three a different puzzle that he knew would offer them an exciting challenge. He said, “I want you and your groups to work together and finish the puzzle before class ends.”

His class began working vigorously, trying to assemble the puzzle pieces. As Leonard watched, he saw that Susie was asking her teammates for a border piece by pointing and nodding at the missing one. The rest of her group excitedly handed the piece; the three girls worked seamlessly even without vocalising their needs.

A smile grew on Leonard’s face as he saw Susie reading her classmates’ cues and they hers. It was nice to see them interacting with one another and cooperating.

As he allowed them to finish their puzzles, he sat down and read some of their journals. Some talked about how they were sleepy from such an early morning; others talked about their excitement over a game.

With each journal that he read, he felt good knowing that he was doing something right with his class. Once he got to Susie’s, hers read, “I feel happy being in your class, Mr. Johnson. It is my favourite.” 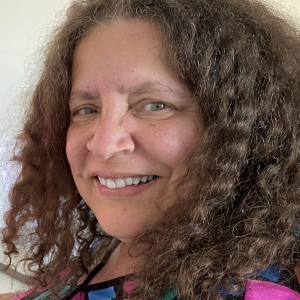